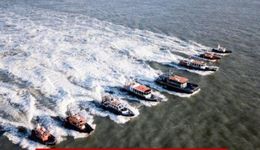 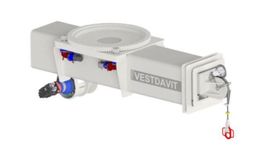 Seawork Press FP
Going to great lengths
Vestdavit has literally extended its range of boat-handling systems with a new telescopi... 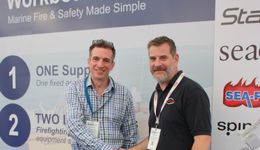 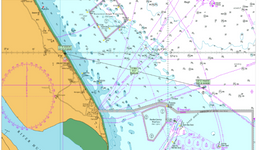 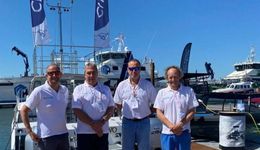 Berthon has been celebrating at Seawork today with the news that its Berthon Power division has partnered with German outbound manufacturer, Neander Motors as the UK and Ireland’s only distributor. This will include the world’s only 50hp Diesel Outboard, the Dtorque 50.

Based in Lymington, Hampshire, Berthon Power will also be providing spare parts, warranty repairs and aftersales services, so is an ideal one stop shop for Neander Motors.

The end users of the Dtorque 50 outboards are commercial operators in the oil and gas, cruise ship, super yacht, harbour patrol, fish farming and tourist industries, who rely on being able to use their boats daily without interruption. Whilst the company is encouraged by the success of the Dtorque so far, customers are also commenting on its quietness, low fuel performance and its 111 Nm of torque.

Dominic May, Director at Berthon Power and Joel Reid, Neander’s Global Sales Director were on hand to provide Seawork visitors with a demonstration of the new engine with trips in and around the marina. May was thrilled to be back at Seawork where the buzz around the show was felt as soon as the doors opened. He explained: “It’s fantastic to be back at Seawork, especially on such a sunny day! I’ve been to every Seawork since it started and there are lots of customers here and business is already being done!

“Whilst we’re exhibiting lots of products at the show, our big news today is the Neander partnership which took place last months. Since then we’ve already been to two boat shows in Scotland and had a great response.” Asked what the benefits were of the Neander D’torque 50 outboard were, May continues: “There are lots of advantages of diesel outboards; it’s less explosive than petrol so it’s safer, it has better fuel economy, has wider service intervals, last longer than petrol outboards and diesel is much more available in out of the way ports. You don’t get petrol, waterside in Scotland and Northern Ireland, so a diesel outboard at 50HP is a game changer.

Neander’s Reid comments, “I’m delighted to appoint Berthon as our representative in the UK and ROI. Dominic believes in the future of the diesel outboard industry and I cannot think of a better partner for the region.”

Berthon Power can be found waterside at VA32