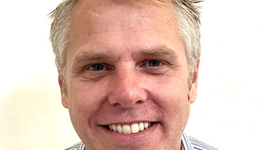 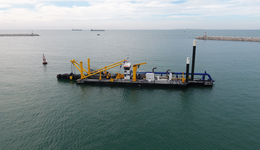 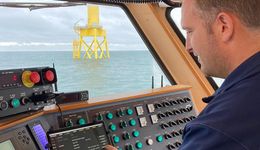 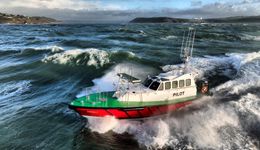 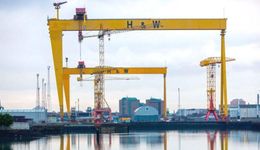 The 23rd edition of Seawork was the first Seawork in over 1100 days, the first post-Brexit and the first real large-scale post-COVID networking opportunity.  Even in the face of a UK wide rail strike, 6,485 industry professionals showed their determination to converge on Mayflower Park.

There was certainly a lot to talk about and it provided a great opportunity for commercial marine industry colleagues to learn from each other. Seawork was again fortunate to be supported by the key associations and organisations, this year focussing on how our multi-faceted commercial marine industry is adapting and innovating in the face of these economic, environmental and political upheavals. UK MOD, Workboat Association, Society Maritime Industries, CECA, to name a few.

There were some fabulous new and innovative vessels on the pontoons along with new items of equipment and services on the quayside and in the exhibition halls. Commercial Maritime is leading the way in design and innovation, addressing decarbonisation head on with newly launched vessels.  BARTech 30, Seacat Columbia, representing a unique, game-changing evolution in green vessel design and 35m catamaran, MHO Asgard, designed by CEO Mik Henriksen, setting new standards with its advanced hybrid-electric solution from Volvo Penta and Danfoss Editron.

Overall winner of the Innovations Showcase, Artemis Technologies eFoiler® system is based on the integration of a high-power density electric drivetrain into the flight-controlled hydrofoils, resulting in an energy efficient workboat solution providing up to 90% fuel savings compared to modern high-speed displacement vessels.

There is something for everyone to learn and take away to improve their businesses. That is in addition to catching up with colleagues in-person and meeting new ones.

The Maritime Training & Careers Day on the final day of Seawork was a new feature offered by Maritime UK, offering students the chance to learn about the huge scope of roles in the commercial marine industry, both on the water and shore-based and the opportunities available for people with or without qualifications, as well as the schemes and help that is out there to facilitate this.

Seawork welcomed the new Leader of Southampton City Council, Councillor Satvir Kaur to the Opening Ceremony that was performed by Sarah Kenny OBE, Chair of Maritime UK and Chief Executive of the BMT Group.  Sarah spoke of the importance of decarbonisation, enhancing the UK’s competitiveness and attracting new talent into the industry.