Seawork Press FP
How to use the full potential of decarbonisation
Narve Mjøs, Vice President of DNV Maritime & and Founder of the Norwegian Green Shippin...

Seawork Press FP
Places and spaces fit for the future
‘A fresh drive to ensure broader representation in the profession of civil engineering...

Seawork Press FP
Hot start to the year
A Hot Water Machine is the first large project to be shipped in 2023 by SMP. Designed or...

Proteum, the UK and Ireland distributor for Moteurs Baudouin, has won the contract to power the largest steel fishing boat to be built by C. Toms & Sons at their Cornish shipyard.  A Baudouin 6M33.2 main propulsion and Baudouin 6W126 APU (see below for imagery) will be fitted to the 19.7m twin-rig LOA whitefish trawler Loch Inchard II ordered by Ian Mackay of Loch Inchard Fishing Company, Lairg, Sutherland.

Neil Taylor, Head of Sales, Proteum said, “The selection of Baudouin engines by a fishing boatbuilder of C.Toms’s stature for an important construction such as the Loch Inchard II is a huge endorsement for Baudouin engines, which have earned a reputation for their reliability and low operational and through life costs”.

For over a century Moteurs Baudouin has designed and manufactured marine engines specifically for the commercial marine, fishing and shipping sectors.  Baudouin engines offer power ratings from 185hp (136kW) to 1650hp (1214kW) TBC Neil and are built to forecast, not to order, to ensure availability for customers. 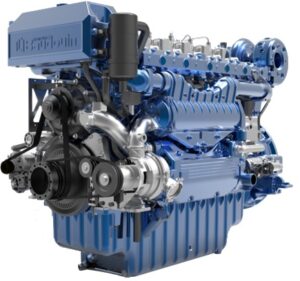 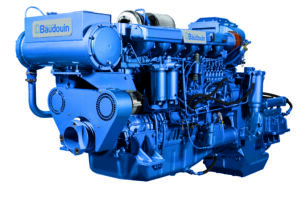