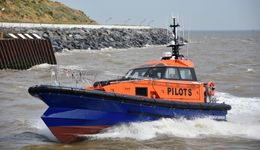 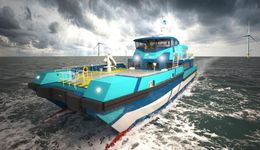 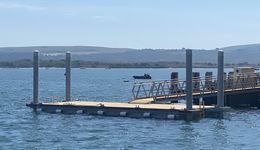 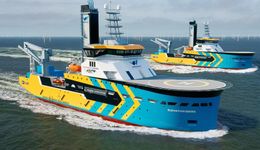 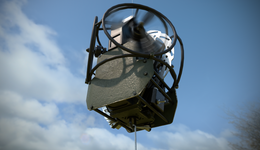 There were smiles all round at the Watermota stand this week as it launched the new Doosan marine engine which meets both IMO TIER II & IMO Tier III emission standards and is available within a short timeframe.

Champagne corks were flying on the stand as they also welcomed representatives from the Korean headquartered Doosan company.

James Wyatt, Watermota Sales Director comments: “We always come to Seawork as it’s a central hub for the commercial industry. We meet people we work with on a daily basis but everyone gathers together and it’s the biggest show for the UK market.

“The new DOOSAN engine is creating a lot of interest from customers, from the MCA and a number of authorities as it’s the first time they’ve seen something like this in a smaller vessel.

“They are modular so can suit different types of vessels and compact which we’re getting really positive feedback on. Watermota can also get the engines to the end users, within a short time frame with a number already in the UK.”

Doosan Electronic Engines have a number of features which sets them apart as a global leader: