Seawork Press FP
How to use the full potential of decarbonisation
Narve Mjøs, Vice President of DNV Maritime & and Founder of the Norwegian Green Shippin...

Seawork Press FP
Places and spaces fit for the future
‘A fresh drive to ensure broader representation in the profession of civil engineering...

Seawork Press FP
Hot start to the year
A Hot Water Machine is the first large project to be shipped in 2023 by SMP. Designed or...

How did we help?

In February 2021 it was announced that QED Naval had awarded Welsh specialist marine engineering firm Mainstay Marine Solutions the contract to undertake refit works on the Sub Hub including the fabrication of new crossbeam sections and the subsequent fitting of 3 new Tocardo T1 tidal turbines to these. Shipbuilder Mainstay Marine diversified into the marine energy world in 2014 and has completed one Tidal and three Wave Energy devices since. QED Naval intends to establish an operational base at Mainstay as a result of the contract.

Williams Shipping was selected for the towing operation to relocate the Sub Hub from Strangford Lough in County Down, Northern Ireland, to Pembroke, South Wales due to the suitability of vessels in its fleet and also because the company has operational bases in Pembroke, Southampton and Fawley, which suits the ongoing operational requirements for QED Naval and the TIGER project.

What equipment was deployed?

The 137gt and 2007-built WILLENDEAVOUR, one of 11 vessels in the present fleet capable of towing operations, was used for the task because of the right combination of bollard pull and functionality. 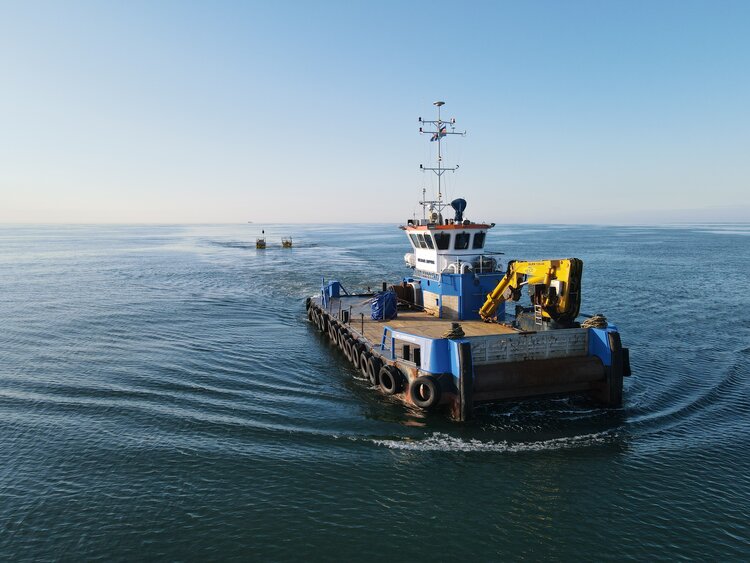 QED Naval is a naval architecture consultancy that is focused on the development of the marine renewable energy industry and the vessel requirements for deployment of offshore wind, wave and tidal devices. QED Naval alongside its collaborations also supports the development of port and near shore infrastructure required to deploy marine renewables such as quays, breakwaters and pontoons. QED Naval has developed the Sub Hub, a tidal energy device that is essentially a submersible, gravity based, foundation platform which supports the commissioning, testing, transportation, and installation of an array of wave and tidal turbines.

The Sub Hub, known as Kraken (named after the legendary sea monster of huge size and cephalopod-like appearance in Scandinavian folklore), was initially positioned in Strangford Lough as this location offers fantastic facilities to tidal developers for testing their technology with easy access to the water and test sites. There are a broad range of flow rates, water depths and seabed characteristics to suit a wide range of tidal devices. The Queens University Marine Lab is also located nearby, which supports the development of this sector both from a technology point of view and from an environmental impact perspective. The Sub Hub Community Demonstrator (Sub Hub-CD) was situated at a sheltered water anchorage site in Castle Ward Bay just off Audley’s Castle with QED Naval having also submitted an application to lease their own area of seabed in Ballyhenry Bay, which is exposed to tidal flow rates up to 2.5m/s.

The Sub Hub project has been assisted via funding from the Tidal Stream Industry Energiser Project, known as TIGER, an ambitious €45.4m project, of which €29.9m (66%) comes from the European Regional Development Fund via the Interreg France (Channel) England Programme.

TIGER meets the requirements of the funding category for low carbon technologies of the Programme, whose Managing Authority is Norfolk County Council and which co-funds collaborative projects between organisations in the south of the UK and north of France. The project was launched in 2019, will be completed in 2023 and aims to deliver new designs for improved performance and lower cost turbines, as well as associated infrastructure and ancillary equipment. The objective is to demonstrate that Tidal Stream Energy (TSE) is a maturing industry by installing up to 8 MW of new tidal capacity at sites in and around the Channel region, thus driving innovation and the development of new products and services. Essentially, turbines submerged off the coast will harness the energy of tidal currents that will be converted into electricity. The theoretical tidal energy capacity in the Channel region is estimated at 4 GW, enough to power up to three million homes. 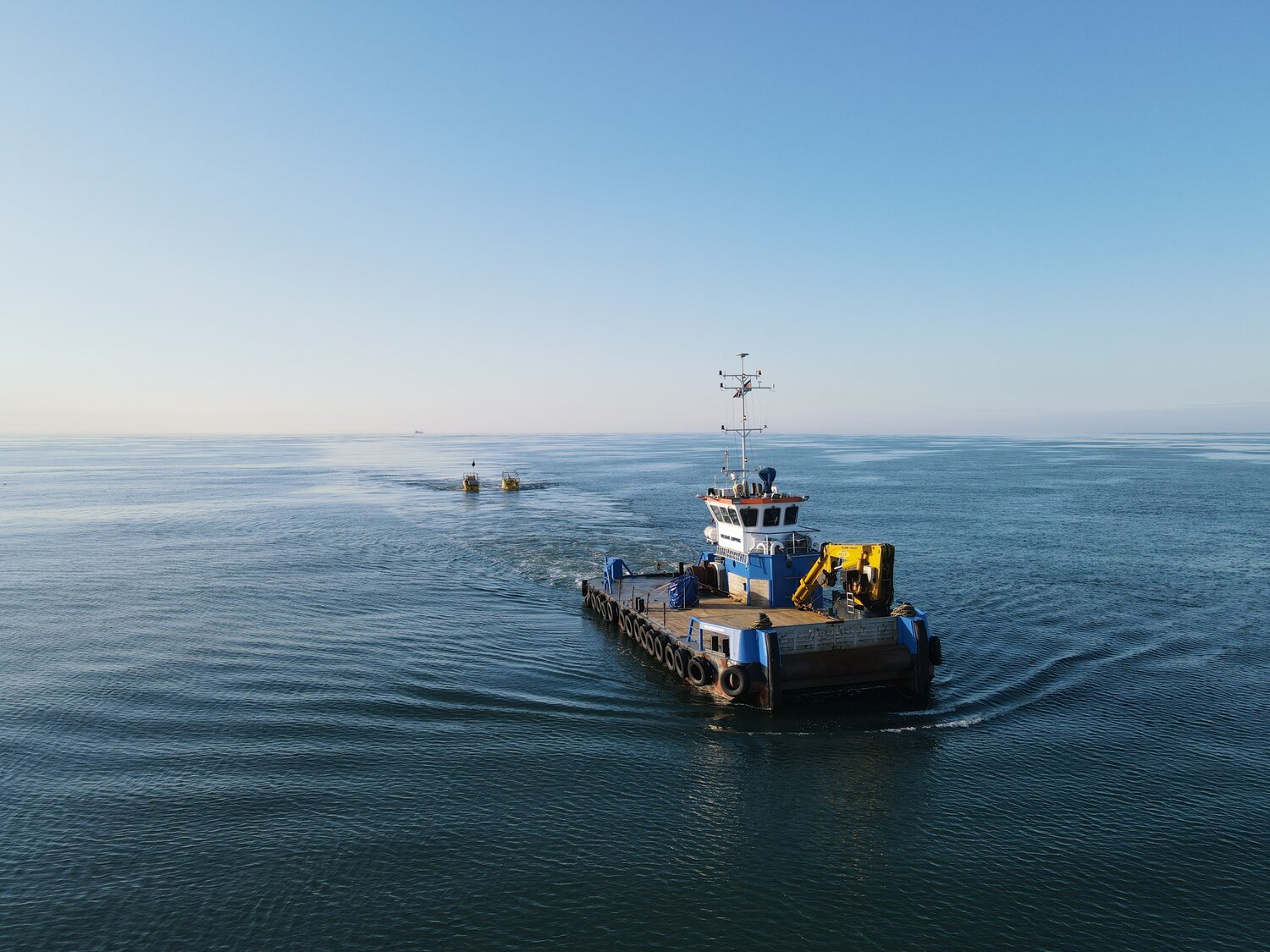 Williams Shipping was the obvious choice for this job as the company’s expertise encompasses complex tows and tows of sensitive equipment. Other such technical work and towage projects have involved pipelines, buoys, super yachts, the present Cowes Floating Bridge chain ferry (from Milford Haven to East Cowes), the freight-only Cross-Solent ferry Red Kestrel (from Birkenhead to Southampton), the Lymington-Yarmouth ferry Wight Sky after a serious failure (from Yarmouth to Portsmouth) and much more. 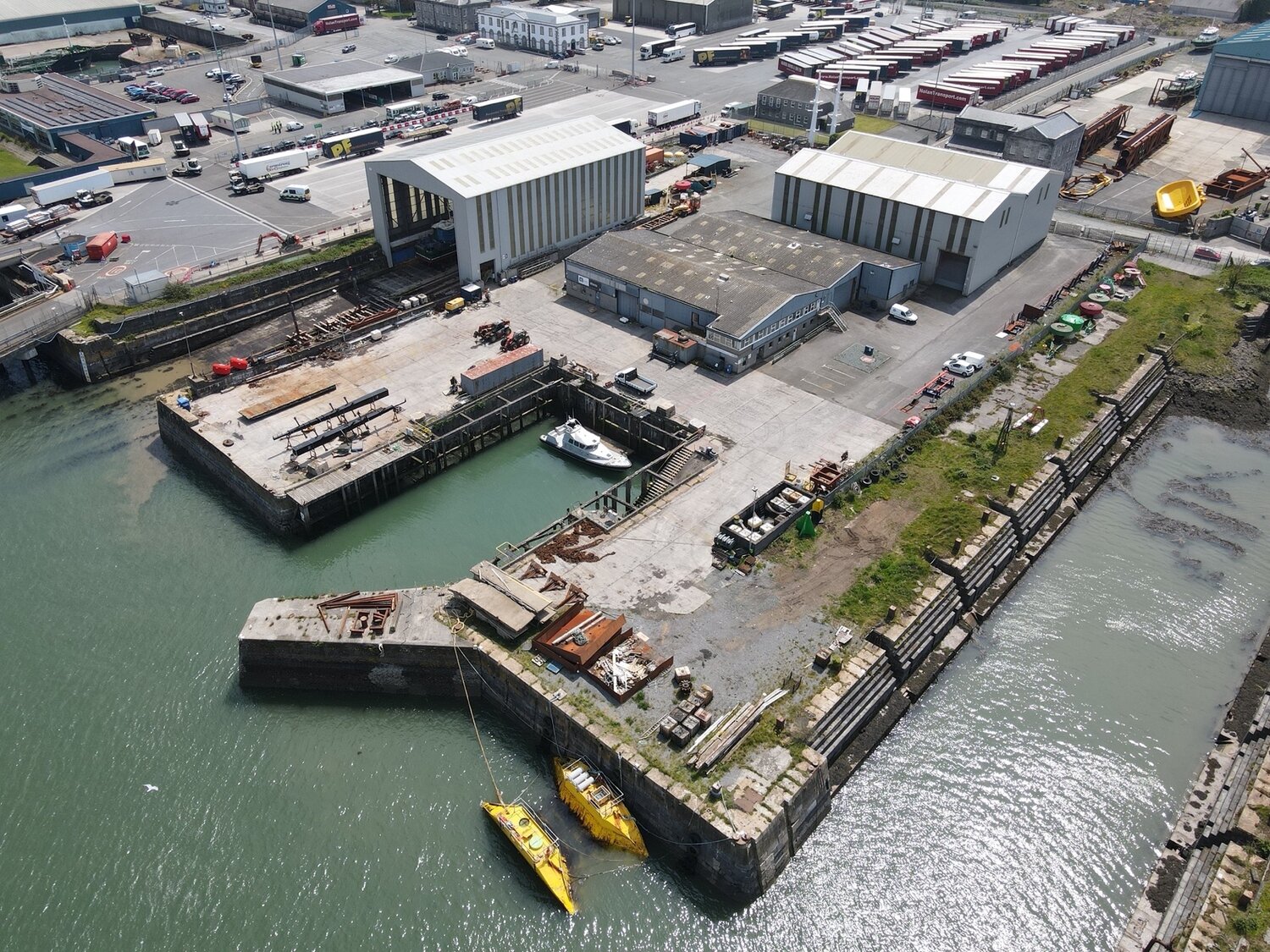 The 137gt and 2007-built Willendeavour, one of 11 vessels in the present fleet capable of towing operations, was used for the task because of the right combination of bollard pull and functionality.

The Willendeavour is a 22m long/9m beam Eurocarrier 2209 with a bollard pull of 15t and is powered by two Caterpillar C18 main engines that drive two 1,350mm diameter 4-blade fixed pitch propellers in nozzles. The 9-knot Willendeavour easily took the job in her stride as the towing speed was limited to just 3 knots, a slow and steady pull for the 60-hour passage (approx. 200 nautical miles) from Strangford Lough to Pembroke. The ensemble set off from Strangford on 27th May and reached its destination on 29th May 2021.

Once the works are completed by Mainstay Marine Solutions, the refreshed and restyled 300kw capacity Sub Hub will be towed to Southampton prior to being positioned on a permanent mooring in the Solent to the west of Yarmouth, Isle of Wight, at a location between Sconce Point and Black Rock. The currents here are strong thanks to the narrowest part of the Solent, the Hurst Narrows. These upcoming trials at the test site are expected to validate the associated design tools and processes for tidal power generation.